In Newcastle upon Tyne freedom is acquired by inheritance or apprenticeship. It is no longer available as a gift although the City of Newcastle does create Honorary Freemen. Notable Honarary Freemen include footballer Alan Shearer, former American President Jimmy Carter and South Africa's Nelson Mandela. Other cities and their Freemen may have different procedures depending upon the individual custom of their particular town or city although such rights are not transferable.

The Local Democracy, Economic Development and Construction Bill, which received Royal Assent on 12th November 2009, stripped away gender restrictions so that daughters of Freemen have equal rights to the Freelage by inheritance.

Any son or daughter born in lawful wedlock or apprentice of a Freeman, on reaching the age of twenty years and, in the case of an apprentice, having completed his (or her) apprenticeship, is entitled to become a Freeman on complying with the proper formalities.

If you believe that you satisfy all of the criteria required to take up the Freelage of the City of Newcastle upon Tyne then you should apply directly to the Stewards of the Coopers Company. The Stewards will check the validity of your claim and, if successfull, they will then pass your application to the Lord Mayor’s Office.

Your name will then be called at the next Court of Guild, which happens three times a year - Michelmas, Christmas and Easter. In the case of inheritance your name is called once. If you're an apprentice then your name will be called three times. Freemen from other companies may have grounds to object to your acceptable and may attempt to the proceedings, for instance if they believe that allowing your claim to proceed may harm the good name of the Freelage. The Lord Mayor’s Office will be able to direct you if there is likely to be a problem with your calling. You should not be overly concerned with this formality. It is very rarely used these days.

Once your name has been called, and no other Freemen has objected, then you can be sworn in. This always takes place before the Lord Mayor, usually at the Open Guild Meetings, which take place in the Guildhall on Newcastle's Quayside. However, if this proves difficult you can then you can, by special arrangement, be sworn in at the Civic Centre in Newcastle.

You will be invited attend the Guildhall in Newcastle and, subject to a few routine identity checks, you will be asked to take the Freemen’s Oath. The applicant holds an antique firearm, a Blunderbus, which symbolises that part of the Oath which reads stands charged with a musket for the defence thereof”, thus still, in theory at least, undertaking to defend the City.

In the past, Freedom by apprenticeship was subject to compliance with old customs designed to restrict entry. Today this method is only open to very few companies as a matter of practicality.

To be sworn in as a Freemen of the City, you must have been born in Lawful wedlock.

In UK Law, a child is deemed to have been born in lawful wedlock if the parents of said child marry, independently of whether the marriage ceremony took place before or after the child was born.

However, the Freemen of Newcastle insist that the parents of a child must be married before the child is born. This condition is enshrined in the Town Moor Act 1988 and is not subject to change.

What if you were adopted by a Freemen? Can you take up the Freelage?

The answer is yes, provided that your adoptive parents were married at the time of your adoption. 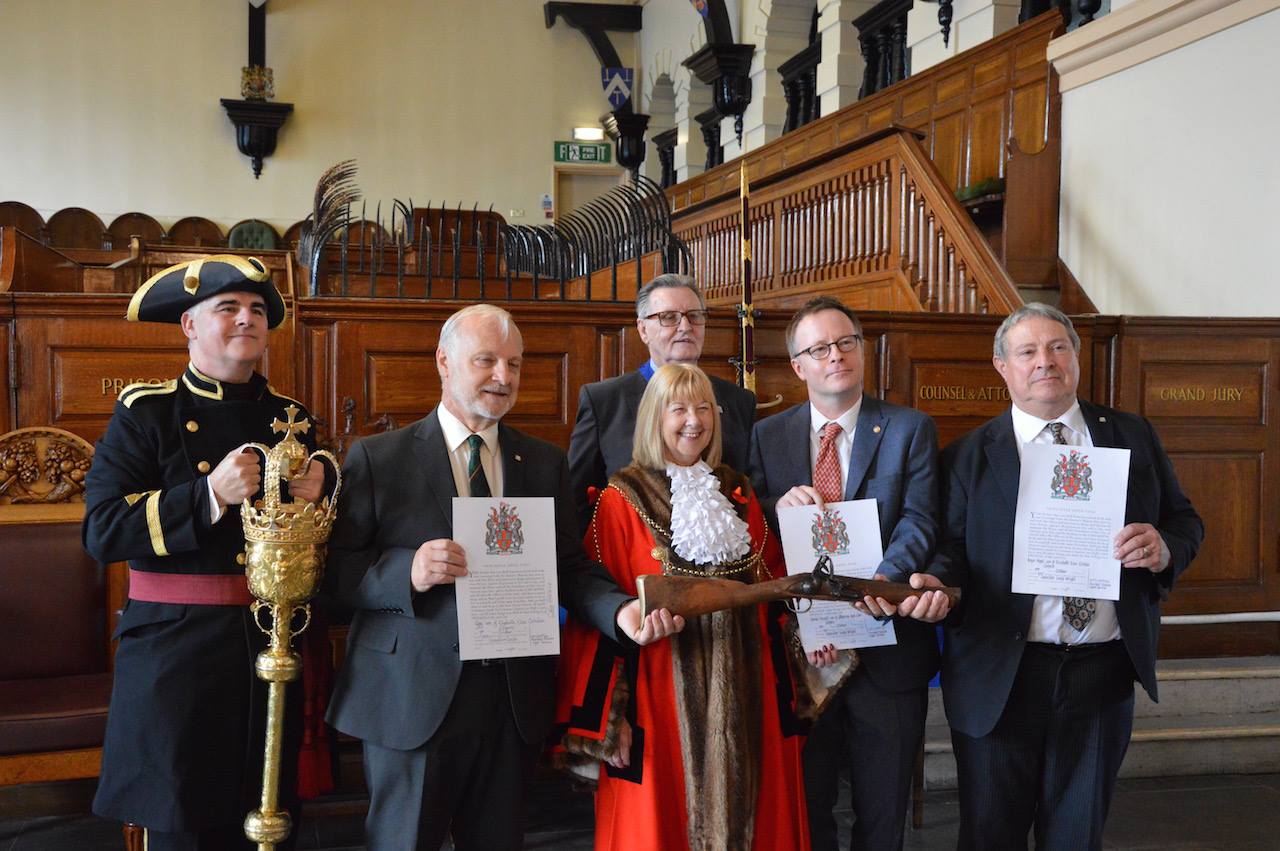 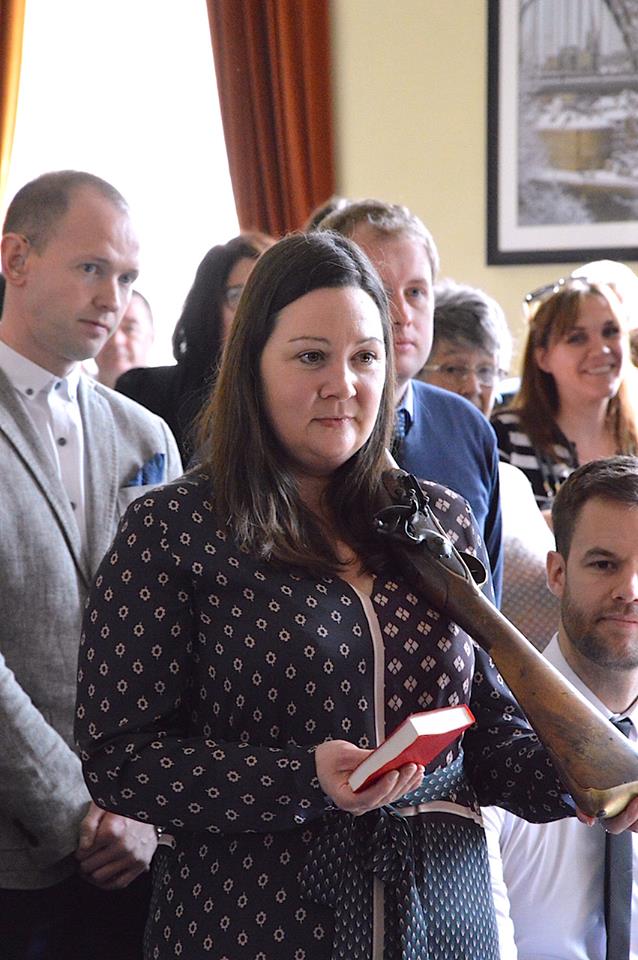 The Admission of Women 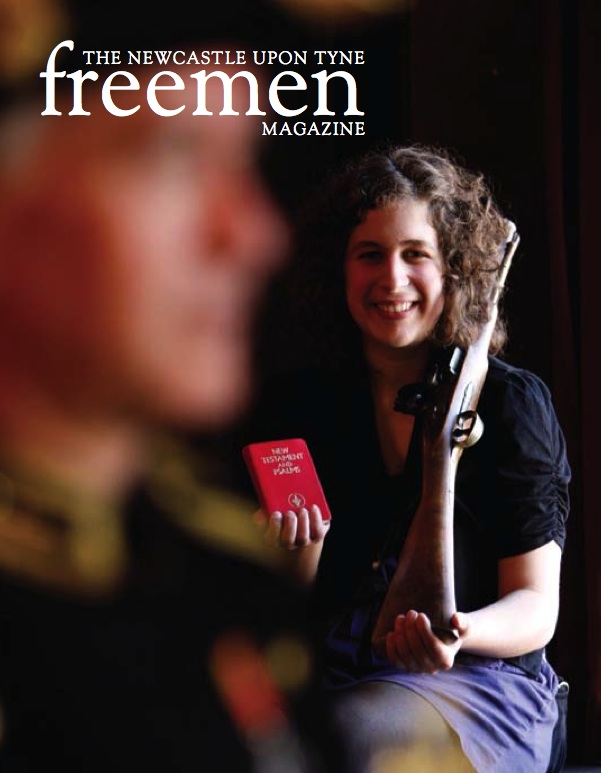 The Coopers of Newcastle have always supported and promoted the admission of women to the Freelage. We were particulary delighted and honoured when the first Lady Freemen to be created within the City of Newcastle upon Tyne was a Cooper. On 12th March 2010, Nina Blenkinsop was admitted to the Freelage and, shortly afterwards, to the Coopers Company.