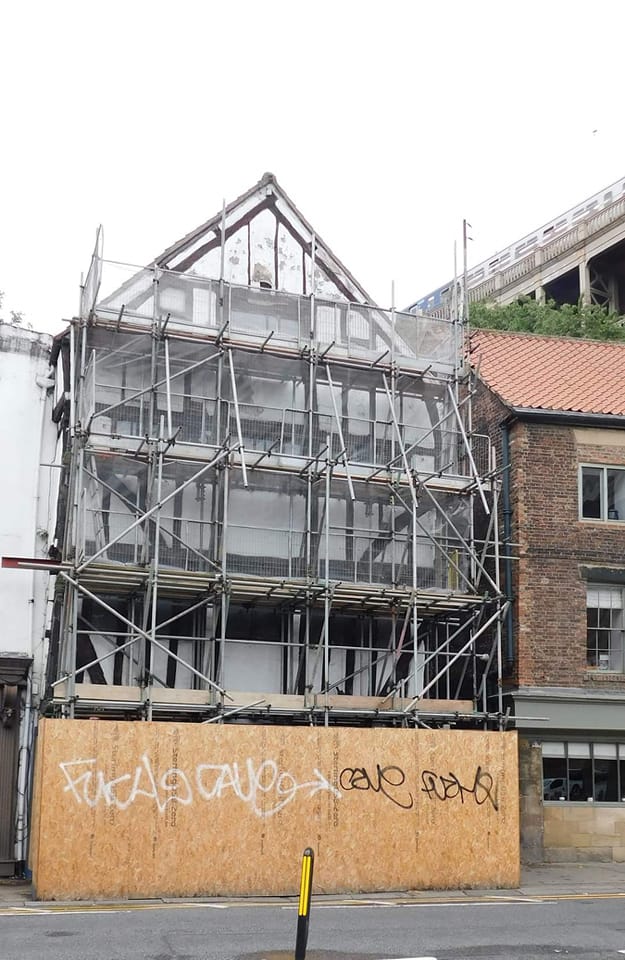 The Cooperage, dating from 1430, is one of Newcastle's oldest, historically important buildings, located on the City's ancient Quayside.

It is currently under threat of irreversible damage, with the possibility of it having to be demolished, because it's private owner, Apartment Group, has allowed the building to rot for the best part of a decade, and has admitted it has no plans for the building's future.

The Save the Cooperage group believes it is our duty to take control of this situation to preserve our unique heritage for future generations, and for the preservation of the Geordie Culture.

John Arthur's Coopering Business vacated the Cooperage in 1973 after more than a century on the same site.

The building was bought by a pub chain, and The Cooperage that we used to know and love opened in 1975. The building looked as shabby as its clientele, but it was the casual attitude to everything that kept it popular for three decades.

There were bars and restaurants spread over four floors, but the late-night action took place at the top of the building. Despite being 50 feet above the ground, the stone walls and low beamed ceiling gave the impression of being in a cellar, with a dark and sweaty space at the back where the bands played and people danced.

Former Club aGoGo favourites, The Junco Partners, were the first of many resident bands, and Thursday nights were the epicentre of the local music scene.

Unfortunately, as time moved on, the weekend Techno DJs got louder and louder, to the point where the building's neighbours could take no more. Following complaints about excessive moise, The Cooperage was closed down in 2009.

Based (loosely) on an article which appeared on the Get Into Newcastle web site.

20-Feb-21 Letter from Newcastle City Council regarding the scafolding. This has been put in place as a cautionary measure to provide support to the south west corner of the building ahead of high-level brickwork repairs which we have agreed with the owners and his consultants, which we hope to see taking place when better weather and temperatures allow.